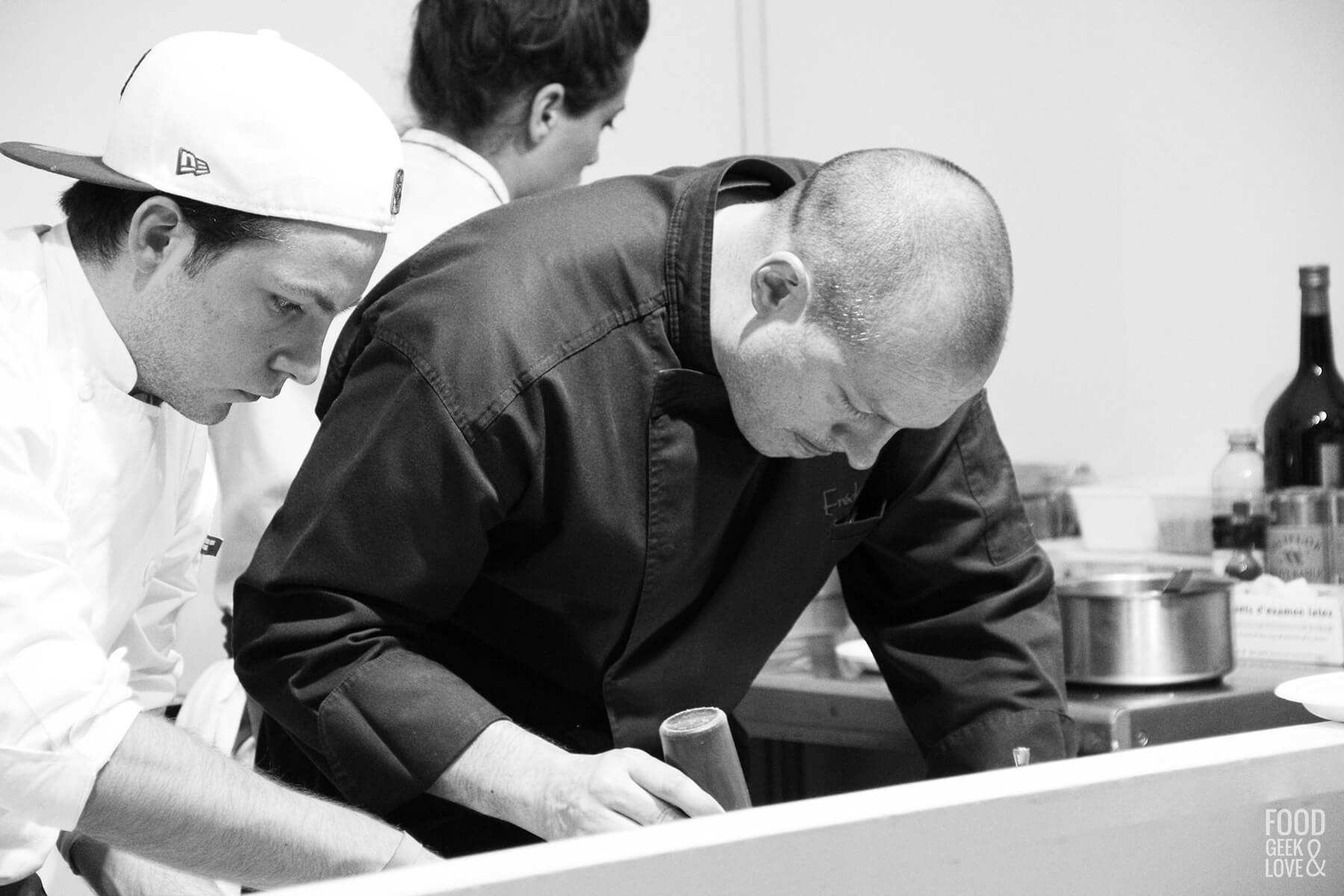 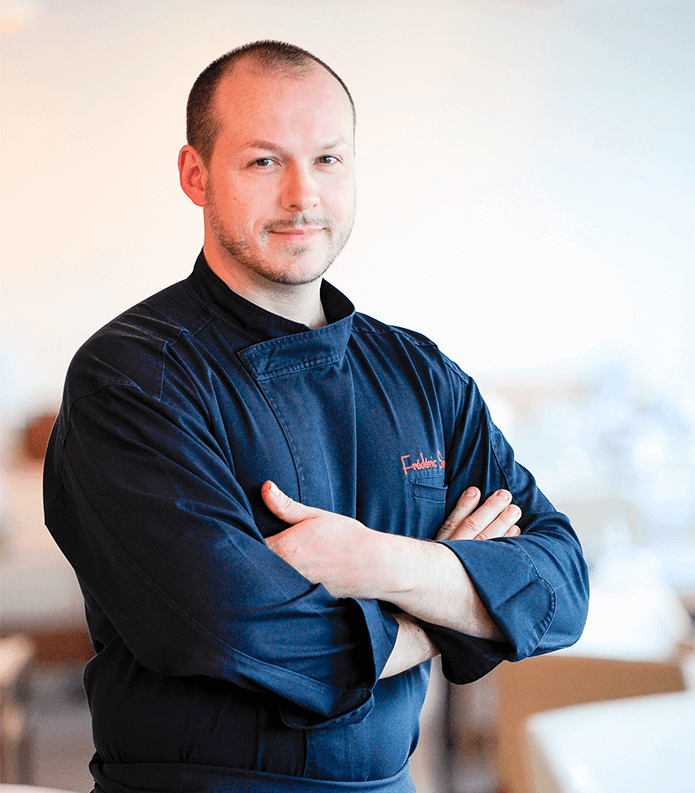 Frédéric Simonin started cooking at age 15 in apprenticeship in Saint Brieuc. His passion and envy lead him to become the best apprentice in Brittany at the age of 18.
He began his career as a kitchen clerk at Ledoyen with Ghislaine Arabian. Then begins his ascent through renowned institutions such as Le Meurice, Taillevent and George V with Philippe Legendre where he climbs all the ranks.

He then takes the post of second in the restaurant of Ghislaine Arabian, 16 avenue Bugeaud, Paris 16th. In 2002 when she left the restaurant, Frédéric naturally became the chef.

The restaurant is renamed the Sixteen to Sixteen, Frederic was then 27 when he won his first Michelin star.

This is the beginning of a long series: In 2003 he is crowned with the special prize of the jury of gastronomic critics and in 2004, he is elected “Young Chef of the Year” by the guide Pudlowski.

The same year, again in 2004, Joël Robuchon asked him to be the chef of his new Paris restaurant “La Table de Joël Robuchon” where he soon obtained his first Michelin star.
The following year, the title “Event of the Year 2005” is attributed to him by the guide Pudlowski.
In 2006, he won a second Michelin star at the Table of Joël Robuchon and, chosen by the “Master”, he went to London the same year as Executive Chef, to open the restaurants Joël Robuchon.
After only 4 months of opening, He gets a 1st star, followed by a 2nd star in the Michelin Guide.

Impressed by this great experience and this success at high speed, he opened his own restaurant at 25 rue Bayen 75017 Paris, April 7, 2010.

In 2011, he was crowned by the Pudlowski Guide “Chef of the Year” and obtained his first Michelin star after just one year of opening.
The Champérard 2012 guide rewards him by naming him “Young Chef of the Year”.

All these reasons motivated Annabelle’s choice to offer her restaurant the extra touch of class.